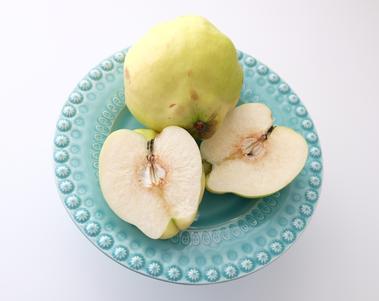 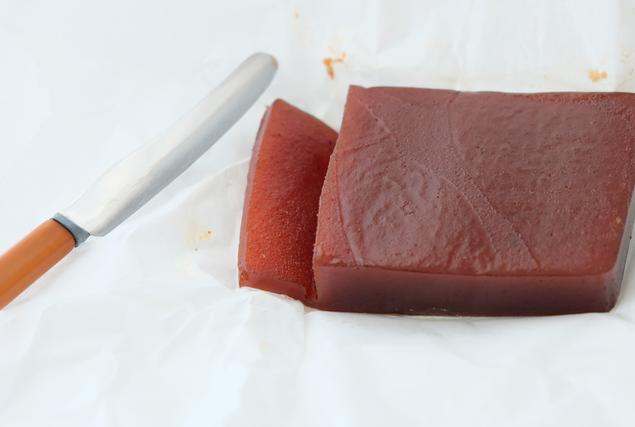 Marmelos fruits look like apple the inside but the shapes are quite different. Raw fruit is very sour. 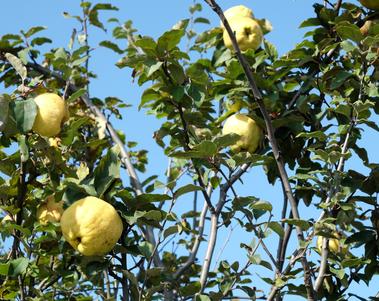 This one is made without marmeros's skin and seeds. People here prefer to eat a slice of it with cheese or on a canapé.

I would say the taste is not far from dark and thick Marmelade - it has a pinch of good bitter taste in the sweetness but it might be right to say Marmelada is less bitter but more unique.

Marmelade in the most countries in the world is recognised as a jam of oranges but not in Portugal where Marmelade comes from originally.

There is Marmalada but it is made with fruit called Marmelos. Marmalada was brought to England by the Protuguese King John IV's daughter who became the Queen of the England, Scotland and Ireland in the 17th century.

Her name was Catarina Henriqueta de Bragança but known later as "Queen Marmelada". She was fond of marmalade but couldn't find malmelos fruit in England so they started to use oranges instead.

She also introduced to the English aristocracy the "afternoon-tea", smoking and the use of forks on the table. 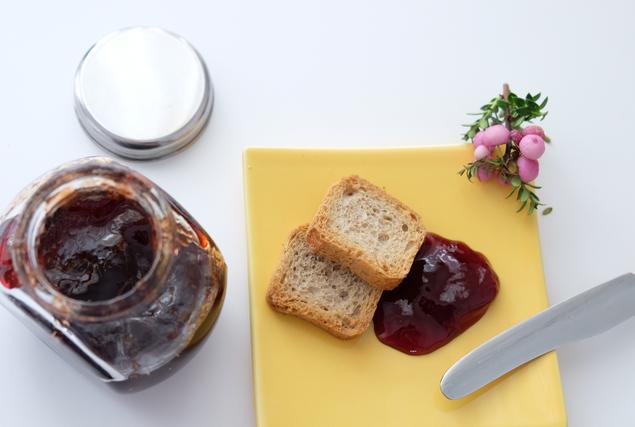