Please see here for information about parchasing her wool & yarns

I admire what she does and love the wool she creates. As she says, portuguese wool was received as a poor and unrefined material, but Filipa is trying to change it. I was eager to know more about herself and her project, so I asked her some questions and here are her stories.

Filipa   - I started knitting when I was still a child, and I have loved it ever since. What interested me in knitting at first was the idea that I could create something wearable and specially designed for me. With knitting, I was not just decorating something, I was creating scarves, sweaters and coats I could wear to school and they could be as colorful or unique as I wanted.

- Wool is an amazingly simple and effective material. It has been used since times immemorial and it is a widely available and renewable resource. I always associated wool to quality garments. A good woolen sweater will last forever, it can be passed on to the next

generation and look as good as new, unlike synthetic knitwear. But what I love the most about wool is how useful it is. You can use fine wool to make clothes, coarser wool to make rugs and houseware items and you can even insulate your house with it.

- What are the good things and unique charactor about portuguese wool?
- One of the best things about Portuguese wool is that there are so many different types. The territory is small, but there are a lot of different species of sheep. This means we have a big palette of textures and colours to play with. There are also different traditions and uses associated with the different types of wool and we can draw on all of those in designing and imagining new pieces. Most of these sheep breeds are unique to Portugal and cannot be found elsewhere. They are uniquely adapted to the climate and constitute an important part of our sustainable agricultural practices.
- Why did people in portugal think the wool is not good for use? do they still think the same?

​              - The devaluation of wool in Portugal is a relatively recent but very deep phenomenon. Portugal has undergone a great change in the second half of the 20th century. We went from being a primarily rural society with very little social mobility to a liberal urban democracy. Standards of living have gone up and educational opportunities have radically changed. In this process, we also developed a stigma associated with rural industries, which were previously part of the traditional subsistence economy. People now associate wool with poverty, the ‘domesticity’ of women, lack of education and isolation from the outside world. This is heavily reinforced by the economic situation of wool producers, especially those in more isolated areas and with less education. Wool in Portugal is bought for prices so low, that the producers make no profit in most cases. In the North, many of the people I talk to say that the usual payment is less than 0,40 euros per kilo of wool. This prompts many producers to burn the wool, to save money in transportation costs (from their home to the buyer). Portuguese wool is burned because there is no way to make any profit, not even a small margin from it. Most of the times, the producers have no alternatives: there is only one buyer, a middlemen that will then resell the wool to factories and foreign companies. Farmers and producers do not know who these final buyers are and lack the skills and knowledge to engage in direct and profitable trading. This, of course, convinces them that their wool is worthless and that it would be impossible to sell it for a fair price.

​             - How do you think you have changed the use of portguese wool so far?
- In 2011, while I was studying in Vancouver, I learned to spin and make my own yarn. That is when I first realized that I could process by hand raw sheep wool and make it into yarn for knitting, without using any machinery. That year, we bought wool from neighbours, friends and acquaintances. I soon realized that I had so much wool on my hands that opening a store was a good idea. I wanted this to be an experiment, to see how much interest there was in buying rare Portuguese wool. It has now been over 3 years and the visibility of Portuguese wool has changed for the better. It is still very hard to convince producers that they should invest in their sheep and that their wool is a good product. But there is a growing number of spinners, knitters and fiber artists in Portugal that are interested and work with our native wool. I have also had great conversations with artists in other parts of the world that are extremely interested in Portuguese textiles and our wool has reached them in places like Chile, Italy and Canada.

- Could you explain about sheep/wool you use?
- I have worked with two main breeds of sheep. One is Portuguese merino, from a flock of a neighboring farm in Coimbra. This is a relatively soft wool, very springy and bouncy. It is great for sweaters and close-to-skin garments like socks and scarfs. The other type of wool I have used is the Churra Galega family of breeds. Churra Galega  (sometimes only called Galega) is a family of coarser breeds from the Portuguese Northeast, where half of my family is from.

This region, called Trás-os-Montes is rich in resistant and strong sheep. I have worked with Churra Galega Mirandesa, the breed most famous for its long lustrous wool that is traditionally used for winter outerwear and other hardwearing items. I now spin mostly Churra Galega Bragançana, from a small flock owned by a traditional cheese-maker. Bragançana sheep have shorter wool and they are famous for their meat. They are very useful animals, good for making cheese and for making blankets. This wool is more ‘itchy’ at first but it softens up with use and washing. It is more resistant than merino and will produce long-lasting rugs, coats and blankets. I use both dark and white wool from the Bragançana variety and I love to play with the two together.

- What is a goal of your project?

- The Flying Fleece is a project interested in rethinking Portuguese wool and turning it into a material cherished and valued at home and abroad. All the materials I sell in my shop are also materials I use for my own knitting and spinning (which I post on my facebook page and blog). One big idea is to try to keep things simple in the processing of the wool. This makes our yarns have a rustic genuine feel to them that I think sets them apart from all others.

​She has started spinning yarns by herself recently and growing the portuguese wool/yarn collections bigger and bigger.

Her aim is to bring together the creativity of the “new wave” of hip knitting from North America and merge with the neglected and forgotten portuguese traditions and materials. 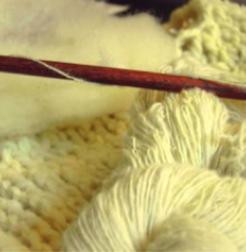 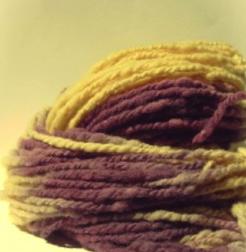 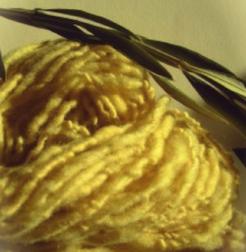 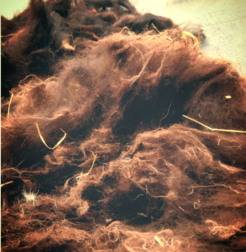 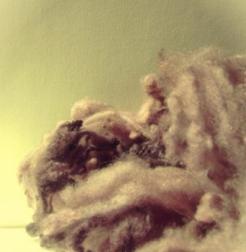 The lovely cardigan she is wearing in the photos is, of course, hand-knitted by herself using hand-spun portuguese wool and those bright colours are hand-dyed by her as well.

Filipa is from Coimbra in north of Portugal but lives in Michigan studying and teaching Philosophy. She is also a passionate portuguese wool collector and dyes the wool with natural products like blackberries, peel onion, sheets of oliveira or fig ...

​She sells 100% natural wool sheered from unique breeds of sheeps in Portugal and the most of her wool buyers are fibre artists. 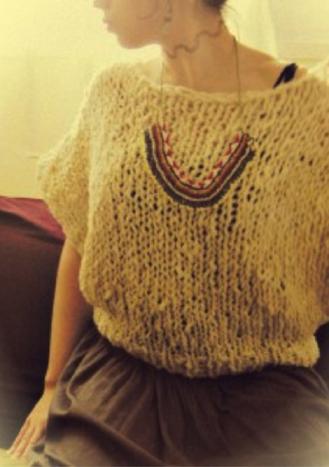